Obituary 2013: Gordon Clauws was a reporter at heart! 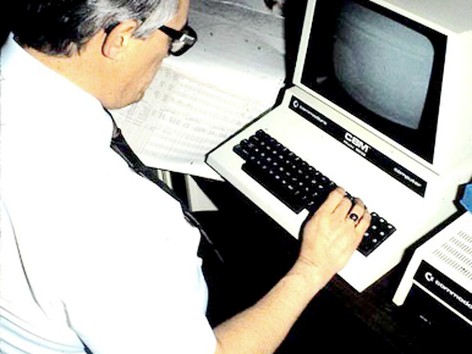 Friends and former employees are remembering a man who once co-owned Leader Publications Ltd., a Dresden-based newspaper company that at its peak in the mid-1980s published dozens of newspapers and employed upwards of 100 people. Gordon Clauws died Tuesday in Florida. He was 71. With his long-time business partner Ted Misselbrook, Clauws founded the North Kent Leader in Dresden in September 1965. Through Leader Publications, the two eventually owned and operated community newspapers in Petrolia and Bothwell, along with farm newspapers in nine counties, a string of seniors' newspapers and a dozen or more community home phone books. The products were produced and printed in Dresden. The partners sold the company to a Sudbury-based newspaper company in 1988. In 1984, Clauws served as president of the Ontario Community Newspaper Association. He was also a charter member of the Rotary Club in Dresden, in 1986. Misselbrook said Wednesday that his friendship with Clauws went back over 50 years. "We had a very strong business partnership; we were always in touch." That friendship began when Clauws was working at The Dresden News in the late 1950s and hired Misselbrook as a 14-year-old printer's devil. "I started working after school and Saturdays, but after a few years left to go work for the Chatham Daily News. I was there for three years, and then Gord and I got back together in 1965 and started Leader Publications." Misselbrook, who was the company's first ad salesman, said with Clauws "intregrity was foremost... you could depend on what he said to be true. And he had a tremendous work ethic. He set the pace, and in the early years if you didn't work 70 or 80 hours a week you might be falling behind." Misselbrook said his former business partner was very devoted to his wife Marilyn and their two sons. "As busy as he was, they counted and they counted deeply." Sharyl Turner of Dresden was hired in 1972 by Leader Publications and eventually looked after the company's national sales accounts. "He was a good boss," she said of Clauws. "They were easy to work for. They were fun to work for. But you knew when it was time to work and when it was time to play." She said Clauws, who served as publisher and editor for many years, was very approachable. "You could always talk to him. And in terms of newspapers, he knew it all. He always kept abreast of the industry. They were always looking down the road at new equipment and a lot of times they were first in the region to get something, and then the other publishers would come to Dresden to see what was going on. They were very progressive." Turner said Clauws was a reporter at heart. Prior to the North Kent Leader, he worked as a stringer for the Windsor Star. He covered the regular meetings of the Dresden town council for upwards of two decades, only stopping when elected president of the OCNA in early 1984. But he still wrote a column, published weekly for 23 years. She recalled that Clauws "never became so important in his own mind that he couldn't do it himself... if we had a problem with a piece of equipment, he would try to fix it himself. He was very handy." Most of Leader Publications' growth came in the 1970s when the partners introduced bi-weekly farm papers into five counties in Southwestern Ontario. They purchased the Petrolia Advertiser-Topic in 1979, installed a printing press in Dresden in 1982, expanded the scope of their farm newspapers to include several more counties, and purchased The Bothwell Times in 1985. They also were instrumental in establishing the Chatham Shopper in 1987, in partnership with other community newspaper publishers. Clauws, who in recent years lived in Chatham, leaves behind his wife Marilyn and their two sons. Funeral and visitation information was unavailable on Wednesday. Co-Founder of Leader Publications Limited, Gordon W. Clauws, died January 29th/2013. He Was 71 years of age!